100 Things Elvis Fans Should Know & Do Before They Die 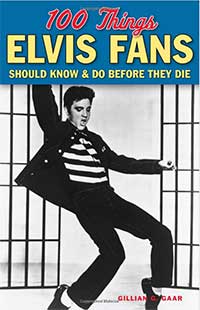 With 2014 marking the 60th anniversary of the release of Elvis Presley’s first record, “That’s All Right,” this book makes the perfect companion for celebrating the life and music of one of the world’s most popular entertainers. Packed with history, trivia, lists, little-known facts, and must-do adventures, legions of Elvis fans around the globe who still adore him more than three decades after his death will delight in this ode to “The King.” 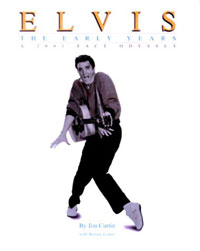 With a grain of salt this book is a nice time killer in the smallest room, but it certainly is not an essential Elvis book, we do certainly prefer the books where Jim sticks to pictures mainly (still can’t get enough of “Unseen Elvis”).
Released:1999 | Book 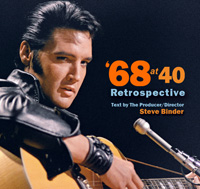 With of the 40th Anniversary of the 1968 special approaching, Binder felt it was time to pen his own book, having read so much on the special that didn't feel right with its director. At 125 pages he wrote the definitive story on the making of the TV Special. It features around 100 never before seen photos from the private collection of Timothy Mulrenan and Robert Brower along with rare documents and artifacts from Binder's personal collection. It comes with a signed picture of Steve Binder.
Released:2008/07/25 | Book 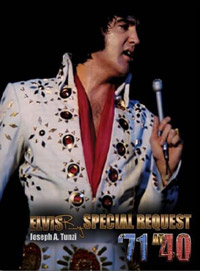 Photobook by Joe Tunzi with the focus on 1971

A Boy From Tupelo 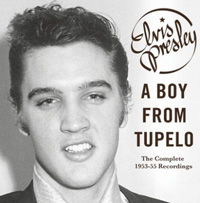 A King In The Making 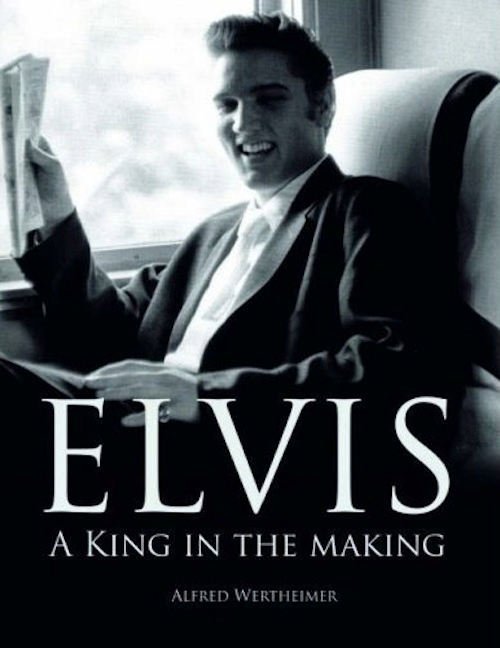 Re-issue of the Wertheimer/ Guralnick book from 2007.

A Life In Music 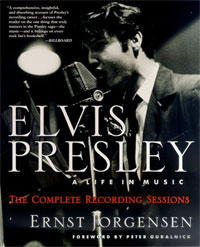 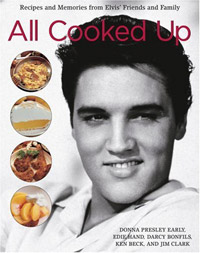 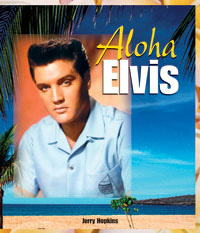 For Elvis fans and those interested in Hawaii's music history, Aloha Elvis describes Elvis's love affair with the islands and includes over 100 photographs, some never before published, of Elvis and the people and places he encountered in Hawaii.
Released:2007/03 | Book 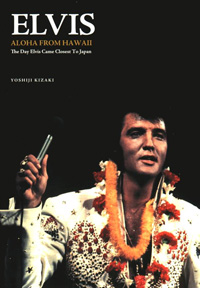 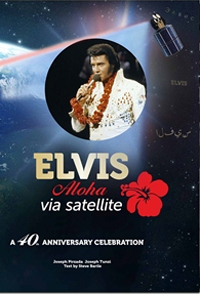 A prestigious project on the Aloha special. 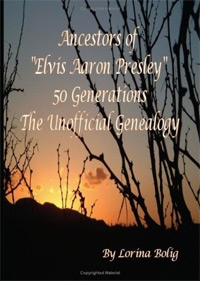 Ancestors of "Elvis Aaron Presley" is a unique look at Elvis's heritage. He has many interesting Ancestors. He has many Royal Lines. For anyone who wants to know if they are related too. The Author has found she is his 8th cousin once removed. You too, could be related.
Released:2007/10/12 | Book 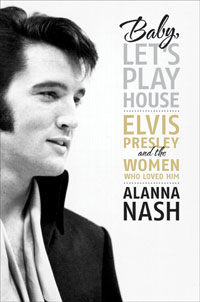 In August 2007, Alanna Nash interviewed a number of Elvis' female co-stars, family members, and friends for a Ladies Home Journal article titled 'The Women Who Loved Elvis'. Now she's turning the idea into a 656 page book for It books, to be published in time for Elvis' 75th birthday in January 2010.

Alanna Nash reports the book will be the first comprehensive look at Elvis purely from the female prospective. 'For all his maleness, Elvis was a very woman-centered man, because of his closeness with his mother', she says. 'It was women he could really talk with, and from whom he drew much of his strength. The book will look at a number of his relationships, both platonic and romantic. And part of it will consider how his status as one of the greatest sex symbols of the 20th century informed his stage act and his interactions with the opposite sex'.

Bad Nature, Or With Elvis In Mexico 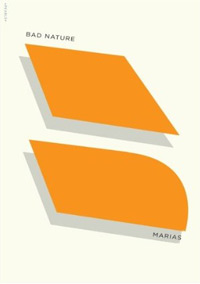 Another novel starring Elvis, this time by the Spanish top author Javier Marias. Elvis and his entourage abandon their translator in a seedy cantina full of enraged criminals. “It all happened because of Elvis Presley.” Elvis, down south of the border to film a movie, has insisted his producers hire a proper Spaniard so that he can pronounce his few lines in Spanish with a Castillian accent. But Ruibérriz has taken on much more than he bargained for. One fatal night, horseplay in a local bar goes too far: a fatuous drunken American insults the local kingpin, and when the thug insists that Ruibérriz translate, Elvis himself adds an even more stinging comment—and who must translate that? . 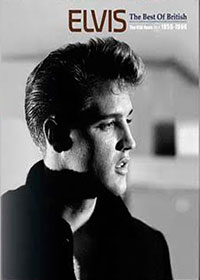 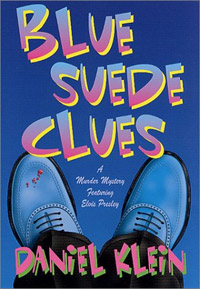 “If Only…” is the main thought after reading this book. If only Elvis could have exploited his interests like mr. Klein makes us believe, if only Elvis stood up against the Colonel, refusing doing the silly movies, if only…<
Released:2002/03 | Book 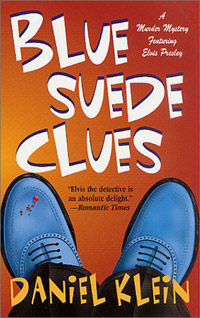 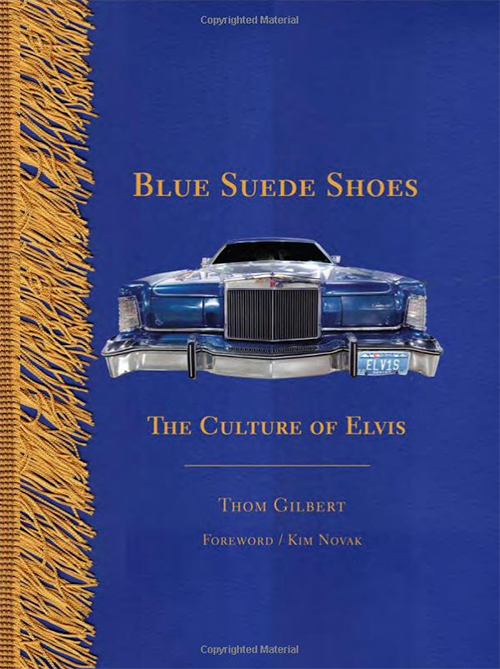 An all-access pass to the private world of Elvis Presley, as photographed by Thom Gilbert, who went behind the scenes to capture these stunning photographs of Elvis artefacts. An intimate look at "The King" through an examination of the items with which he chose to surround himself, this collection presents portraits, personal memorabilia, jewellery, fashion and knickknacks, and interior images from his homes and birthplace. 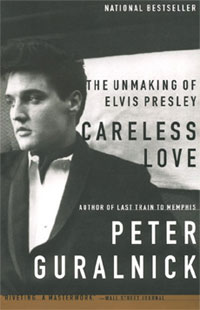 After his very detailed "Last Train to Memphis" (1994), which is considered to be "The Bible" among the Elvis Presley biographies, Peter Guralnick released his follow up earlier this year. Careless Love – The Unmaking of Elvis Presley is very different fr
Released:1999 | Book

Caught In A Trap 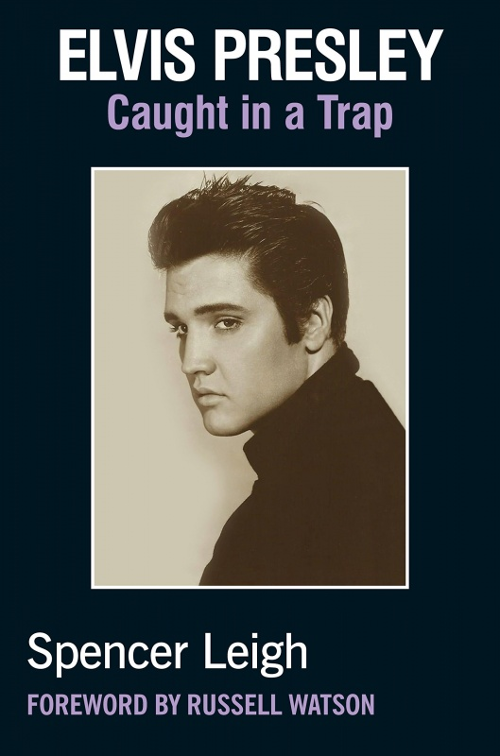 Published to coincide with the 40th anniversary of Elvis death. As well as being the greatest solo star of the 20th century, Elvis Presley's career is full of controversy and Spencer Leigh's new biography ELVIS PRESLEY: CAUGHT IN A TRAP sorts out exactly what was going on. What separated Elvis Presley from his contemporaries, just how important was Colonel Parker, how did he come to reinvent himself for Las Vegas, did he have to die so young, and why does his legend endure. 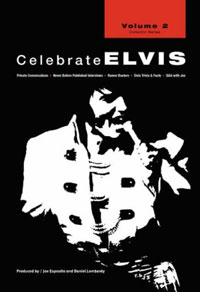 Celebrate Elvis is a series that will leave no stone unturned. ...From rumor busters to private personal memories and experiences to emotionally gripping fan interviews. Celebrate Elvis is an ongoing collaboration with fans from around the world that are interested in preserving and broadening the Elvis Presley legacy.
Released:2007/10/31 | Book 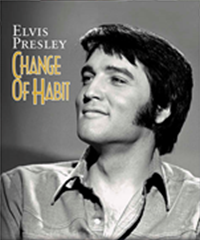 From Pål Granlund and David English comes this new deluxe hardback book in the same size as ”Something for the Girls”. ”Change of Habit” is published by FTD/FS  with more than 450 pages and over 150 unpublished photos from the movie, on the set, plus candids from the same period, it captures Elvis at his very best. 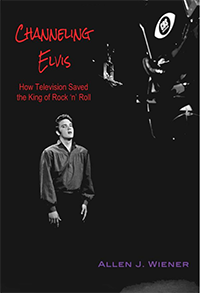 Elvis Presley was a virtual unknown when, in 1956, he strutted his stuff in front of a national television audience for the very first time. By year’s end, following a dozen TV appearances, he was an international superstar. Over the next two decades, Elvis turned to TV whenever his career required a boost or a complete makeover. 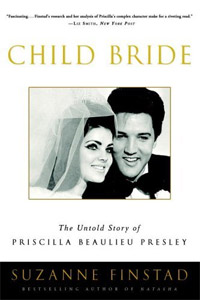