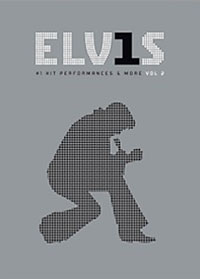 This collection showcases 15 additional magical performances by the King Of Rock ‘n’ Roll. Culled from his TV guest appearances, movies, and concert films and television specials – from 1956, his breakthrough year, to the 1970’s when he reached the pinnacle of his career.
Released:2008/08 | Video 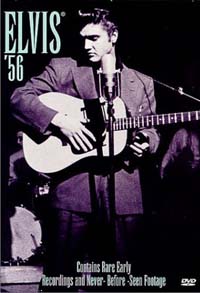 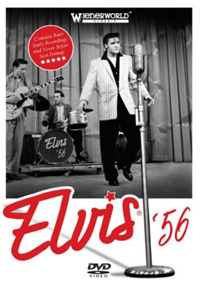 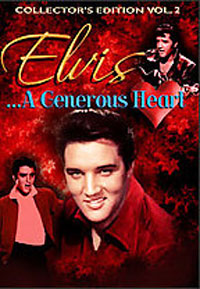 Elvis And June - A Love Story 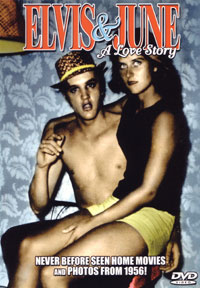 This one-hour documentary is the story of Elvis Presley's first fiance, June Juanico, from the Summer of 1956.
Released:2002 | Video 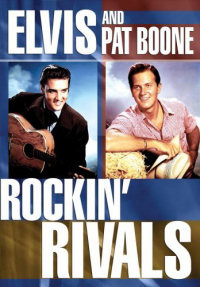 An entertaining and insightful one-hour look at the friendly rivalry between Mr. Blue Suede Shoes and Mr. White Buck Shoes who dominated the pop charts in the 1950s. As Pat himself puts it "I was the salt and he was the pepper." Included are rare film TV and newsreel clips plus revealing interviews with such luminaries as Dick Clark Tom Jones Glen Campbell Kenny Rogers Phyllis McGuire Bill Medley Arlene Dahl Joe Esposito Shirley Jones and the legends themselves: Elvis and Pat Boone.
Released:2008/03/18 | Video 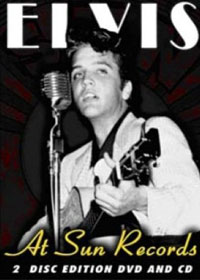 After the charming young man from Tupelo, Mississippi was discovered by Sun Records honcho Sam Phillips, the wise studio owner took Presley under his wing, leading to the landmark recording of his first single, "That's All Right (Mama)." The rest, of course, is well-documented history, with Elvis going on to conquer the pop charts, the box office, and beyond. He truly was the King, and his blend of country, pop, and R&B became the cornerstone of rock & roll.
Released:2007/11/12 | Video

Elvis At The Movies 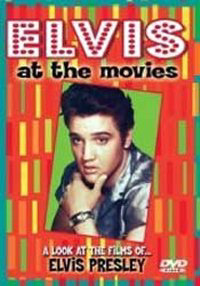 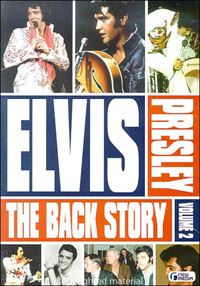 This is part 2 of the story of the King of Rock n' Roll. His rise from humble beginnings to international stardom. The story of the King continues with more live performances, previously unreleased recordings and interviews.
Released:2002/11/12 | Video 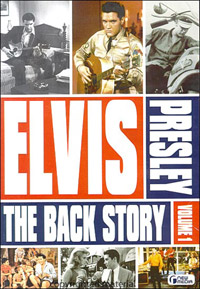 This is the story of the King of Rock n' Roll. His rise from humble beginnings to international stardom. Rare performances of "Maybelline", "Blue Moon of Kentucky", "Alright Mama" and previously unreleased performances and interviews.
Released:2002/11/12 | Video

Elvis By The Presleys 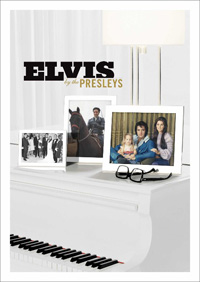 On 2 DVDs on Elvis by his family with unhindered access into the archives of the estate, coupled with extensive interviews with both Priscilla and Lisa Marie plus rare performance footage of the King.
Released:2005/05/17 | Video 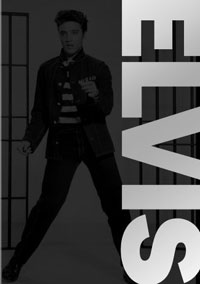 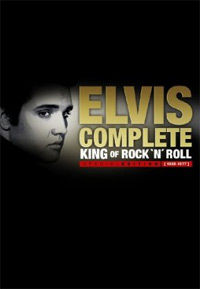 ELVIS COMPLETE contains 2 discs and follows the King from his birth in 1935 to his untimely death in 1977. See the early photos, rare interviews, early performances and more. Follow the King through his breakout years, first hit songs, serving in the Army, meeting Priscilla, first recording studio hits. See interviews with Elvis bodyguard, security chief, long time manager Tom Parker, hairdresser, cousin and others as they tell what really happened in the final years. A must see account in one DVD box set 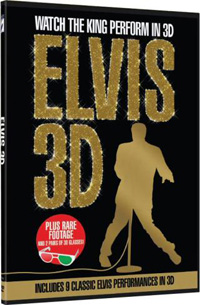 ‘Elvis in 3D’ is made as a documentary about Elvis’ life, told true the eyes of the people who are close with him. Nine of Elvis’ classic TV performances got a ‘3D restoration’. Using the unique and exclusive 3D technique (Dynamic Motion System) each amazing performance of Elvis' is brought back to life in multi-layered 3D imagery. For the first time in over fifty years the viewer can join the audience and experience the 'magic of Elvis'. 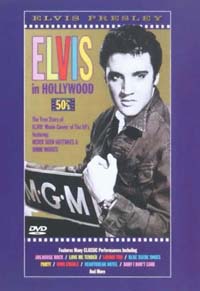 Elvis in Hollywood is a fascinating, inside look at Elvis' movie career of the 50's, featuring great performances from the films "Love me tender, Loving you, Jailhouse rock & King creole" ... plus in-depth candid interviews.
Released:2000 | Video 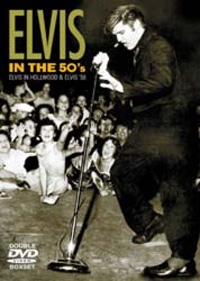 This 2 DVD set contains the great documentaries 'Elvis 56' and 'Elvis In Hollywood, the 50s'. As extra it contains a full-colour 16 page companion booklet. an four postcards.
Released:2002/08/05 | Video 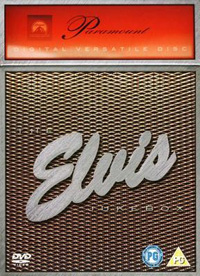 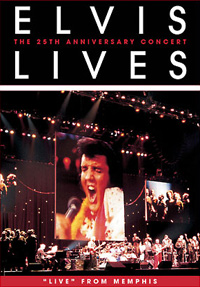 This show took place in front of a sell-out crowd in Memphis, on August 16, 2002 in commemoration of the 25th anniversary of Elvis' passing. It starred Elvis Presley (via video) joined by a large gathering of his former band and vocal groups.
Released:2007/03/06 | Video 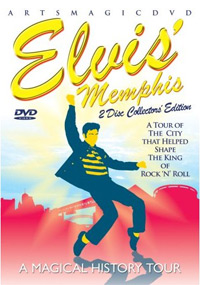 Mike Freeman, a historian at the University of Memphis, takes us on a personal guided tour of the Elvis Memphis sites. Under his expert and enthusiastic guidance, we visit around fifty locations, including Sun Studios, Elvis High School,and his teenage home, and everywhere Elvis. We cruise the eateries where the King hung out with his Mafia buddies, to the karate school, where he perfected the infamous kicks and punches of his stage act, while meeting the Memphis folk who are best able to tel 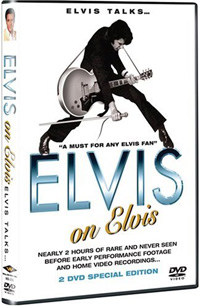 In this revealing program Elvis is given the opportunity to introduce the real man behind the on stage image. Through previously unseen and incredibly revealing footage and rare recordings we see a side to the king that only he could have known and only he could claim. Such as discussing his innermost concerns relating to his weight problems, aspects of his love life, and his thoughts regarding the entourage who slavishly catered to his every whim. And much more ...
Released:2008/03/18 | Video 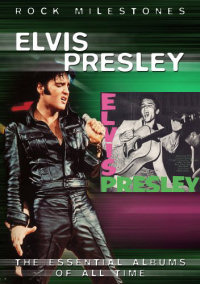 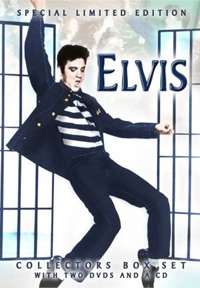 Features a wealth of Elvis Presley material. Includes a look st the making of the Elvis Legend, 40 performances by the King, and a CD of Elvis recrodings from the Sun Years.
Released:2008/03/24 | Video

Elvis Presley - The Boy, The Man, The King - The Elvis Story 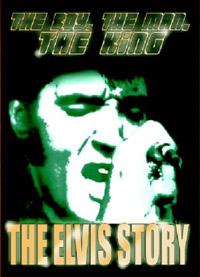 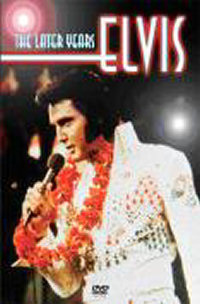 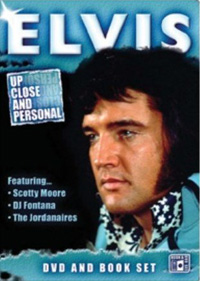 The true story of the King Of Roch 'n' Roll, utilising the testimonies of those that new him best, Scotty Moore, DJ Fontana and the Jordannaires, in book and on DVD.
Released:2007/02/26 | Video
Previous
Next